There is an awesome event that happens twice a year here in Austin.  The Pecan Street Festival is an artistic bonanza in downtown Austin.  They close down 6th Street, a main thoroughfare in Austin, and hundreds of artists display their wares in booths.  A few friends and I decided to take the Metrorail train downtown instead of fighting traffic, and trying to find a parking place downtown.  It was the first time I had ridden the Metrorail, and was an experience. 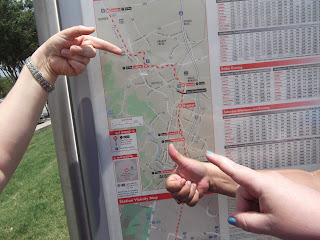 There was some confusion on where to park at the Metrorail Station.  It was not clearly marked in the areas around the station that there was towing if you parked in the business' parking area.  I had to move my car to a very poorly marked parking area a block away.  This was the first frustration.

The map of the route was confusing, they talked about zones, but the map did not indicate what the zones were. Frustration 2.

It was quite hot in Austin on Saturday, and the stops were not shaded, although the ticket machines were..  Doesn't make sense in Texas. 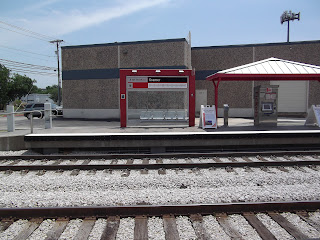 We meandered through the booths, stopping frequently for libation.  As I mentioned, it was quite hot in Austin.  And it was also Cinco de Mayo.

Sixth street is also a hot spot for nightlife.  There are a lot of bars on 6th street.  We stopped in one for refreshments in time to watch the Kentucky Derby. 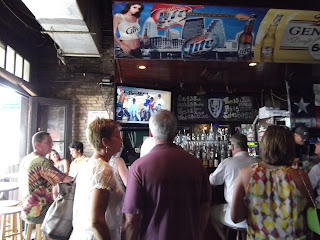 It was fun watching the festivities on the tv, and chatting with all the people around us.

All in all, a very enjoyable day except for the heat.

Oh, and what you wonder, did I buy?


And check out these itty bitty paws.  I love Dunkin's spats. 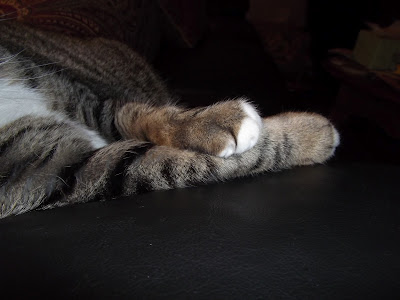